Birds of Chicago were another glorious highlight of the 2018 Kilkenny Roots Festival.

Between their two long-sold-out shows in Cleere’s Theatre, the band popped into Rollercoaster Records for an in-store appearance.

The husband and wife led band released the new album Love In Wartime just in time for this year’s festival.

Birds of Chicago began in 2012 when Nero started writing for his vocal star-muse, Russell. Both were accomplished singer/songwriters with projects of their own, Nero with JT and the Clouds and Russell with the acclaimed Canadian roots outfit Po’ Girl (previous Roots festival guests), but together there was an unmistakable chemistry. A cross border band was born.

Ian McDonnell is a music and gig photographer based in Kilkenny, Ireland. You can find Mc Gig Photography on Facebook here where recent projects include Delorentos, Darlingside, Birds of Chicago, Villiers and The Villains, Malojian, The Stunning, Shane Joyce, and more. 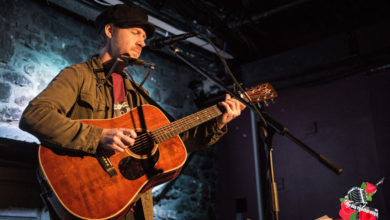 Photos: Cloudbusting – The Music of Kate Bush at Set Theatre 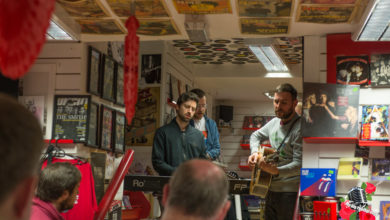